What is a Beagle Ear Infection?

Ear infection is a common disease to Beagles and almost all dog breeds. This is a painful condition and Beagle Ear Infection requires urgent attention.

The long and floppy ears of your Beagle are some of his most adorable looks. However, these floppy ears increase his ability to catch an ear infection, which isn’t so adorable. With such an infection, you won’t see him jump up and down or become activated by the sight of you. Rather, he will be curled in a corner, agonizing in pain. It is important that he gets treatment as soon as possible lest the condition worsens. 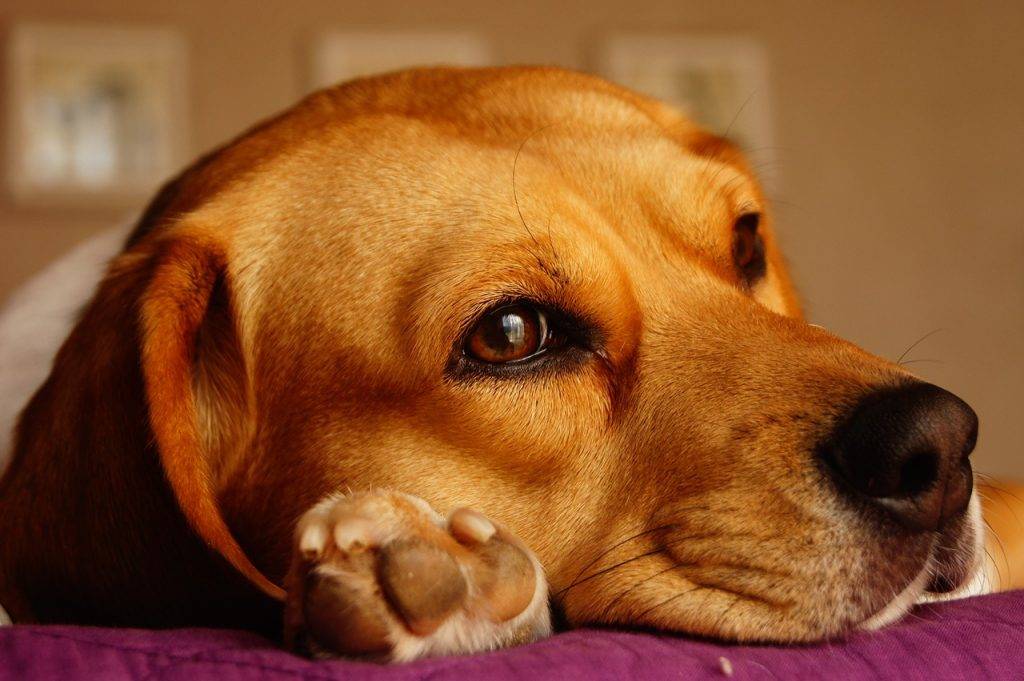 How can I see if my Beagle has Ear Infection?

There are various ways in which you can determine whether your Beagle has an ear infection or not. One of the ways is to observe his behavior. If the disease is present, you will see him repeatedly scratching his ears. He also tends to shake his head almost every second. There times when the disease can be so advanced that every shake of the head is associated with a large blood clot being emitted.

Take a hold of your Beagle’s head and smell the ears from the inside. You are likely to sense some pretty bad smell. Try flapping the ears, up and down. If you sense some powerful odor, that’s an indication that all is not well.

Also, take a look at the discharge from the beagle’s ears. Various types of discharge are an indication that the beagle has an ear infection. It could be of any color, including black, green and yellow, and tends to be very thick.

In summary, these symptoms should guide you in determining whether your Beagle has or doesn’t have an n ear infection: 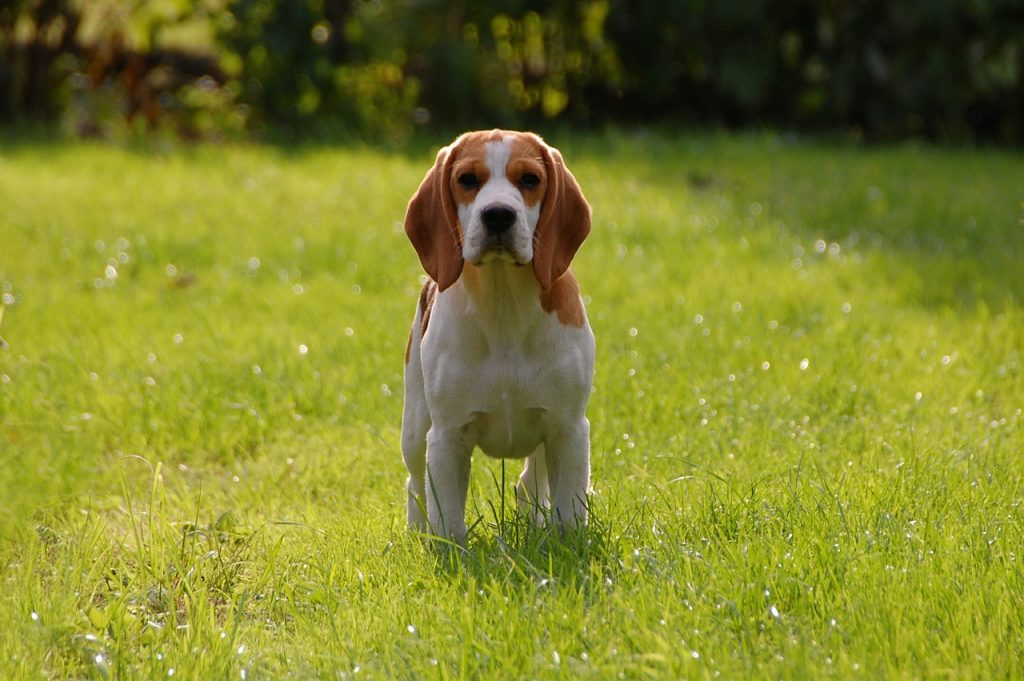 Shall I see a vet if my Beagle has Ear Infection?

When you sense that your beagle has an ear infection based on the symptoms discussed above, you should see a vet. Diagnosis will be done by the veterinarian both on the eardrum and ear canal using magnifying lenses. The vet may also take a sample of ear discharge and examine for any yeast, bacteria or parasites.

In cases where a bacterial infection is suspected, the sample will be sent to a laboratory so as to know the type of infection being handled.

Given that the factors contributing to ear infection are many, it’s important to take your beagle to a vet if you suspect an ear infection. This is not a disease you can treat from home.

What can I feed my Beagle that has Ear Infection?

With the right food and help from a vet, you can combat an Beagle ear infection. Work hand in hand with your vet to eliminate foods that can potentially alleviate the ear infection. Some appropriate food options when your beagle has an ear infection include:

Conclusion: Your beagle with an infectious ear definitely is in pain. Take action fast before the condition deteriorates.

What is Poodle Lyme Disease?

Poodle Lyme disease disease is a tick-transmitted disease whose symptoms are not easy to come by. The disease is typically painful, especially when joints swell.

Lyme Disease is normally caused by a bacterium, spirochete, which belongs to the Borrelia Burgdorferi species. Once your Poodle gets attacked by the infection, lameness as a result of joints inflammation is the most visible clinical feature. The disease could get serious and damage kidneys. In rare cases, the heart could also be impacted by Poodle Lyme Disease. Generally speaking, young Poodles appear to have a higher possibility of getting Lyme disease compared to the older ones. 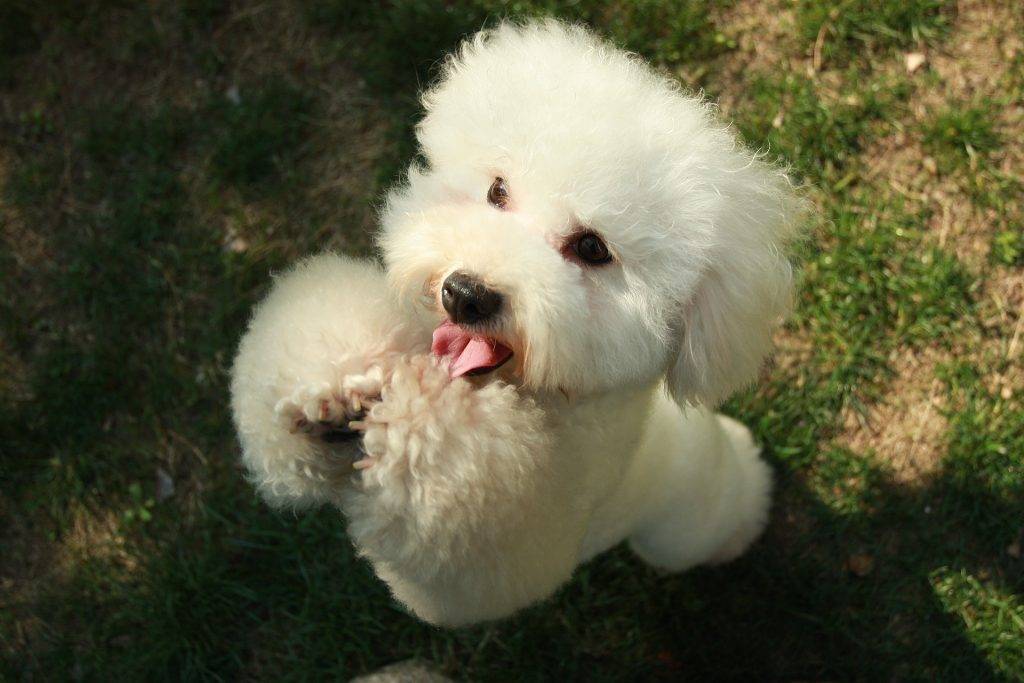 How can I see if my Poodle dog has Lyme disease?

It’s possible to determine whether your poodle dog has Lyme disease, but you need to pay a very keen attention for this. Remember that the symptoms for this disease do not manifest themselves so easily. In fact, it’s estimated that only 5% to 10% of the world’s dogs with the disease show symptoms.

Recurrent lameness is a popular symptom visible in your dog that has Poodle Lyme disease. There are times when the lameness could last for about 3 to 4 days, only for it to recur a few weeks later. The recurrence may be in the same leg or in any other leg. Shifting-leg lameness refers to a situation where other legs, rather than the initial one, are impacted by lameness. It leads to the swelling of joints, which can also be warm and painful.

By keenly observing your poodle dog that has Lyme disease, you should be able to see other symptoms such as:

Shall I see a vet if my Poodle dog has Lyme disease?

Yes, you need to see a vet if your dog has Lyme disease. The vet will do basics like determining how advanced the disease could be. However, most of the treating will be done by you. When you discover a tick on your poodle dog, pluck it out immediately and preserve the tick in a jar. This can be used as a homeopathic remedy. You may use Ledum palustre 200C to prevent from effects of a recent tick bite. When it’s diagnosed that your poodle dog has Lyme disease, Aurum arsenicum 200C could be used as a treatment option. The dose normally lasts for a week and is administered twice a day.

What can I feed my Poodle dog that has Lyme disease?

Some foods for your dog witch are ritch on omega-3 fatty acids:

Conclusion: Some people fear that they can get Lyme disease from their dogs. That’s not true. The disease is not zoonotic. This gives you a chance to care for your poodle dog without any such worries.

What is Bulldog Chocolate Poisoning?

Dogs, and even cats, are not allowed to eat chocolate. It is toxic! However, if your bulldog just ate one, do not panic, you can handle Bulldog chocolate poisoning. This article will guide you through.

Dogs, similar to humans, may develop the taste for foods that can harm their bodily systems. Consumption of these foods leads to food poisoning. Chocolate poisoning refers to an accidental or intentional instant when your bulldog eats chocolate. A chemical referred to as Theobromine is present in chocolate and can trigger seizures, high blood pressure or elevated heart rates. When your bulldog eats chocolate, you have to treat him immediately because the more chocolate he eats, the more there is in the body system, the higher the number of complications likely to happen. 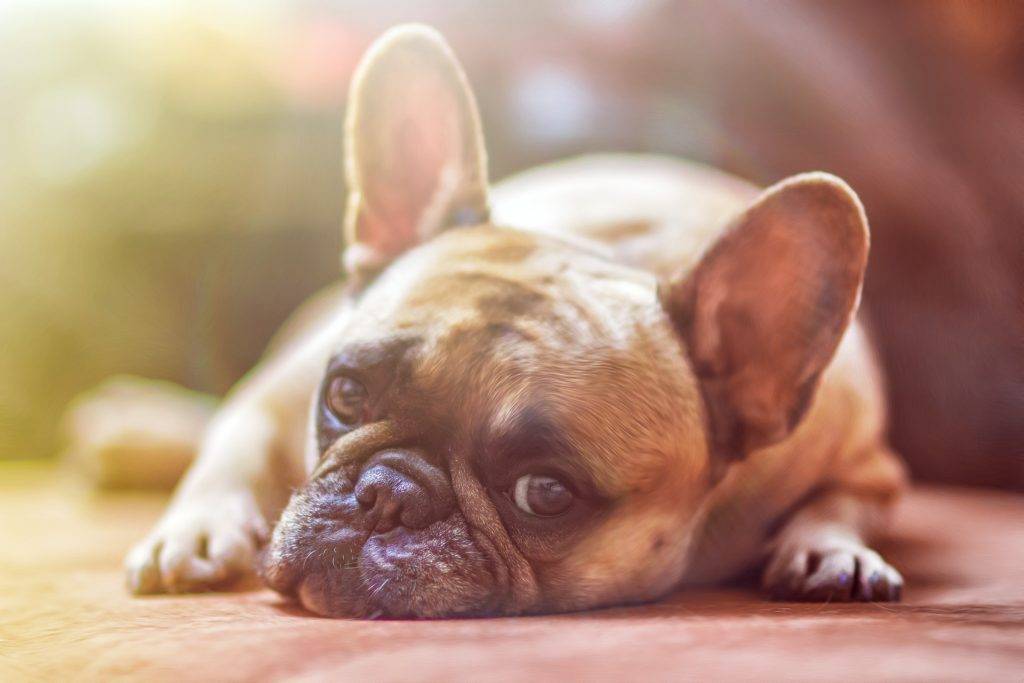 How can I see if my Bulldog has Chocolate Poisoning?

It’s possible to tell if your dog is suffering from chocolate poisoning. The signs depicted are determined by the type and amount of chocolate eaten. The common clinical signs that your bulldog is likely to depict include restlessness or panting, diarrhea, vomiting, excessive urination, increased thirst, and a racing heart.

In extreme cases, heart failure, seizures and muscle tremors can be seen. The case may even be traumatic, including sudden death, when older bulldogs eat high quality dark chocolate.

The prognosis of chocolate poisoning can be worsened by complications such as the emergence of aspiration pneumonia due to vomiting.

It is important to understand that clinical signs for chocolate poisoning may take hours to show and go on for a couple of days. This is because Theobromine has a long half-life. Re-absorption of the chemical can eve take place through the bladder, hence you will need frequent walks that lead to increased urination.

Shall I see a vet if my Bulldog has Chocolate Poisoning?

You do not necessarily have to physically go to the veterinarian. A phone could be all that you need. When you discover that your bulldog has accidentally eaten chocolate, get to action right away. Begin by determining the amount of chocolate ingested and the type as well. This is the information that you’ll provide to your vet so that you can be directed further. Your vet will give you some home emergency care tips that can mean a difference between life and death for your bulldog.

The vet being far from you, make sure that you induce vomiting. After your bulldog eats chocolate, he may involuntarily start to throw up. However, if he doesn’t, you will have to try and make that happen. A teaspoon of hydrogen peroxide can help with Bulldog chocolate poisoning.

What can I feed my Bulldog that has Chocolate Poisoning?

Staying hydrated is a key requirement for your bulldog after chocolate poisoning. Make him drink more water for this will help him urinate more, getting rid of Theobromine. Give him some of the following foods:

After the poisoning is over you can feed him some of these foods to ensure his recovery:

Conclusion: Seeing your bulldog develop complications from eating chocolate can be stressful. Avoid this by checking whatever he eats. You should also train him not to accept foods from strangers.